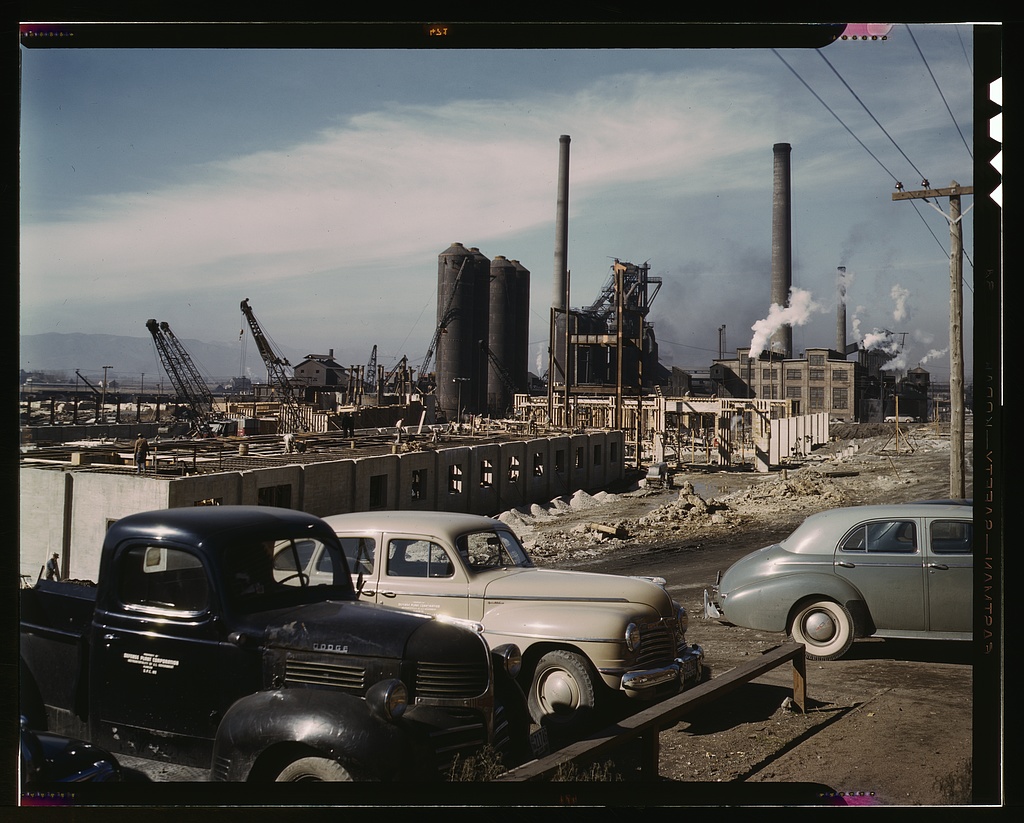 This piece of steel, approximately 3 feet in length, looks hardly significant. It is rough and bubbly and served no unique purpose. Yet this piece of steel has been on display for years at the Hutchings Museum because of the notable story which it tells. This bar of steel was the first poured at Geneva Steel in 1944. Though the steel plant is no longer in operation it holds a significant part in Utah history.

Geneva Steel was built to increase the steel production for America during World War II. In 1936, President Franklin D. Roosevelt had proposed opening a steel plant in Utah because of the state’s abundance in iron and other natural resources and because of its inland position where it would have less of a threat of being bombed. The idea was shelved after a couple of months due to the high cost it would take to build and operate the steel plant. In 1941, the threat of war loomed over America. If America were to enter the war, it would need to produce a lot more steel. Plans for the steel plant were approved and construction started in November of 1941, a month before Pearl Harbor and America’s official entry into World War II. Geneva was one of the largest inland government projects during the war. In April of 1944, Geneva shipped its first order which consisted of over 600 tons of steel plate.

The steel plant offered many new jobs to the people of Utah, but because many men were off fighting in the war, some positions considered to be a “man’s job” were filled by women. By the end of the war, more than 25% of the workers at Geneva Steel were women. The government also asked women to volunteer to be lookouts at the top of the Veterans Memorial Building (now the Hutchings Museum) for enemy planes coming to bomb the steel plant. The Memorial building at the time was one of the tallest in Utah Valley and had a direct view of the steel plant. When the war ended some women left their jobs and went back home, but others remained and continued working at the steel plant.

To show its appreciation of Geneva Steel and all the workers who served at the steel plant, The government named several Liberty Ships in honor of Utah, including The USS Joseph Smith, USS Brigham Young, USS Provo, and the USS Peter Skene Ogden.

See Geneva Steels’ first pour. On display in the Rock and Mineral Room at the Hutchings Museum.