Utah’s Cowboys of the Wild West

The Wild West (also referred to as the Old West) is a unique and intriguing time in U.S. history, spanning thirty years (1865-1895). The beliefs and lifestyles of the men and women who settled the West have greatly influenced the lives of those who call the West their home today. Utah is no exception.

Utah’s landscape was dominated by cowboys (herders and drovers). Ranches could be found from the mountain ranges in the north to the canyon lands in the south and just about everywhere in between. Cattle were first introduced via the Old Spanish Trail. This trail covers 2,700 miles, starting in New Mexico and ending in California. The trail enters Utah through three routes; The North Branch begins in Green River, the Northern Route begins in Moab, and the Armijo Route begins in Big Water and crosses through St. George to the south. 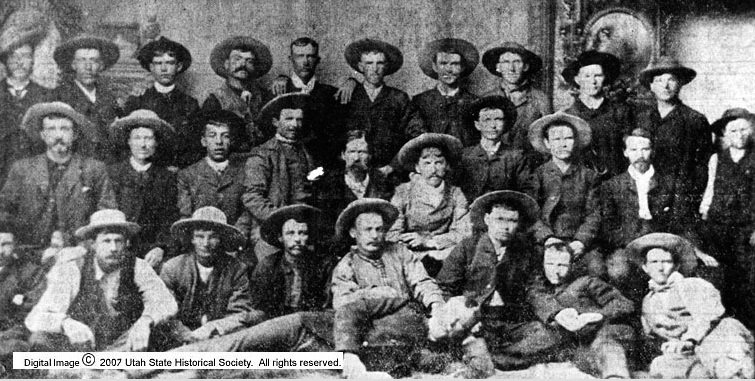 Pioneers were another source of cattle. They brought cattle with them across the plains, from big ranch states such as Texas, and back from expeditions to California.

Utah’s cattle industry saw its biggest increase with the completion of the transcontinental railroad in 1869. Cattlemen could now buy and sell cattle with the markets of the eastern states, which led to more men choosing to settle in Utah and bring their cattle herds with them. Each cattleman started out with only a few heads of cattle. In 1870 there were 39,180 cattle in Utah, and twenty years later Utah was estimated to have had 278,313 heads of cattle.

The same spirit of daring determination can be found in the modern-day Utah cowboy. Many men, women, and children raise their cattle on the open range as in the days of the Old West (with the help of modern inventions such as the pick-up truck and the computer). Utah’s economy continues to greatly benefit from the agricultural pursuits of the cowboys of the 21st Century.