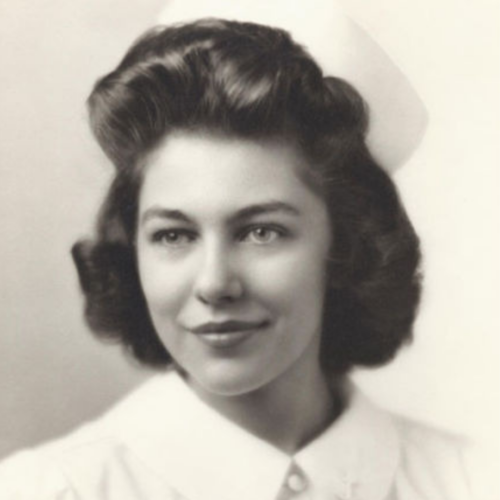 Jeanette Kendrick was born in Montevideo, Minnesota. After graduating from nursing school, Jeanette joined the army. Her mobile unit was the first to receive casualties from Normandy. She was promoted to First Lieutenant and received the bronze star and the Arrowhead device, only given to 36 nurses during the war. She later moved to Lehi, Utah with her husband. 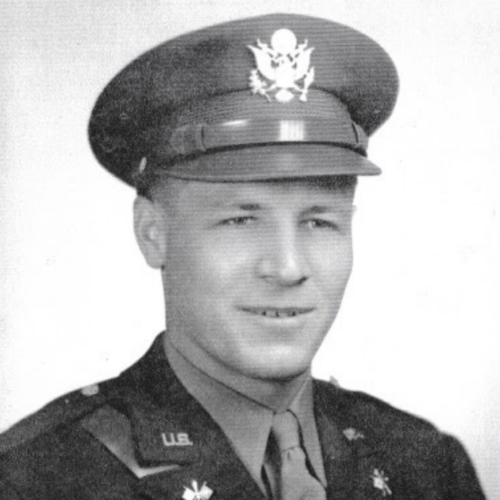 George “Cleon” Laney grew up in Utah, and enlisted in the Army Air Corps in July, 1939. After graduating from radio communications school in Panama, TSgt Laney began working at David Airfield in Panama as the chief radio operator for the Pan-American Airways Radio Station and the Army Air Corp, keeping the Panama Canal safe from bombings. He graduated from the Officer Candidate School on April 8th, 1943, and then served as a Radio Communications Officer in the Pacific Rim. Laney also served as an operator and repairman in the Army Airways Communication System. He was honorably discharged in April, 1953.

Parts of the atomic bomb dropped by the Enola Gay were delivered to Tinian by the USS Indianapolis, where TSgt Laney was stationed. Tinian was where the Enola Gay took off from to bomb Hiroshima.

After the atomic bombings on Hiroshima and Nagasaki and surrender of Japan, 300 Japanese soldiers, unwilling to surrender, were left near Tinian on a nearby island about five miles away. To convince these soldiers to surrender, General Kimble enlisted TSgt Laney's help. Laney set up a radio receiver and antenna that would receive messages from Japan. American boats circled the island with loudspeakers telling the soldiers the war was over. The next day, two Japanese soldiers came to Tinian. Laney was left alone in a room with these two soldiers and played the frequencies Emperor Hirohito was broadcasting from. Unable to understand Japanese, Laney watched the faces of the two soldiers until their expressions recognized their emperor's voice. They conversed in Japanese for two hours deciding what they should do and eventually got up to leave. A few hours later, the 300 Japanese soldiers surrendered to General Von Kimble and were brought to Tinian. 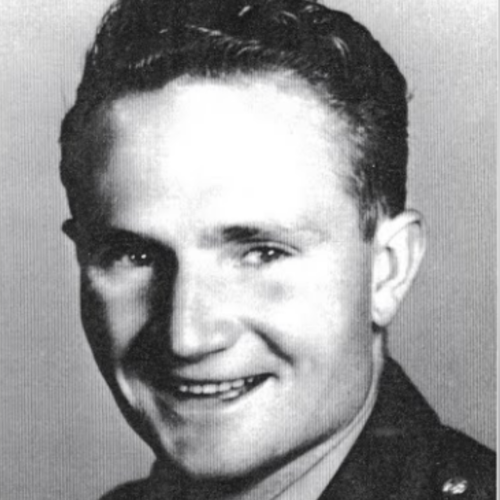 Paul J. Price was born in Lehi on November 8th, 1924. He entered active service training in August of 1943 as an airplane mechanic in the Army Air Forces. Prior to departure overseas and during final training, Col. Price was killed in an aircraft accident in Pyote, Texas in August, 1945, two years after his enlistment in the United States military. 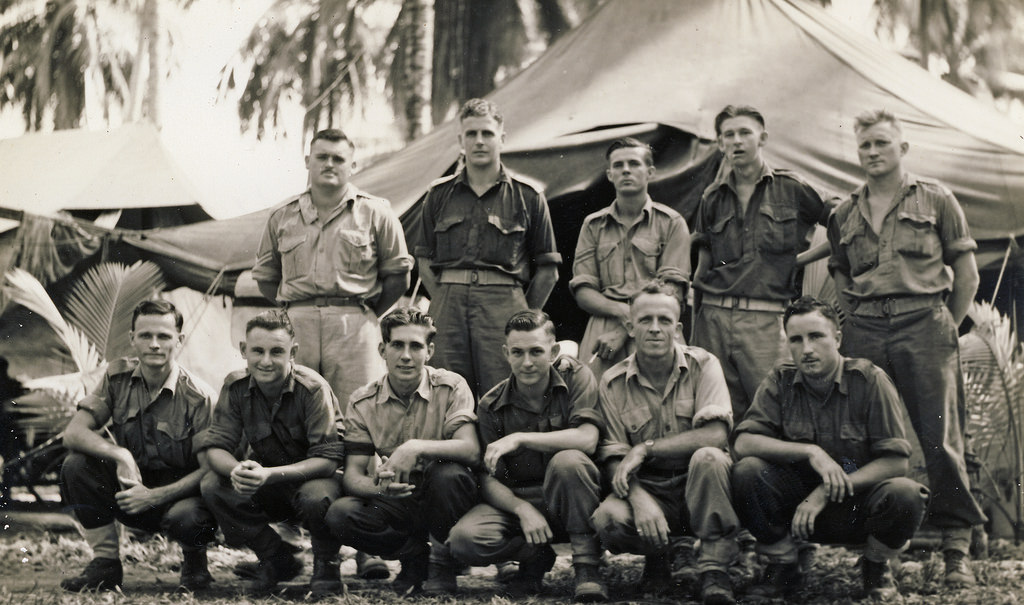 World War II started on September 1st, 1939, when Germany invaded Poland, and lasted until September 2nd, 1945, six years later. More than 30 countries were involved, making it the biggest and deadliest war in history, and resulted in the deaths of 50-85 million people, most of whom were civilians. The Axis Powers (Germany, Italy and Japan) fought against the Allied Forces (the United Kingdom, the United States, the Soviet Union and China). The locations of battles extended all across Europe, Asia and North Africa.

The U.S. gets involved

The United States, focusing on taking care of itself during the Great Depression, remained neutral for the first two years of the war, but became involved after Japan launched a surprise attack on the U.S. Pacific Fleet based in Pearl Harbor, Hawaii; a reaction to the United State’s embargo (ban of sales) of oil to Japan. 2,403 men were killed as a result of the attacks on Pearl Harbor. The next day, President Roosevelt asked Congress to declare war on the Empire of Japan by giving his famous “Infamy” speech. Two days after the declaration of war, Japan’s allies, Germany and Italy, also declared war on the United States.

World War II also provided new opportunities for women, who moved into areas of the workforce typically held by men; particularly factory and office jobs. At the encouragement of First Lady Eleanor Roosevelt, childcare facilities were built in order to aid working mothers. Women were also allowed to join the military as nurses, truck drivers, airplane mechanics and clerical workers; making it possible for more men to fight in combat. 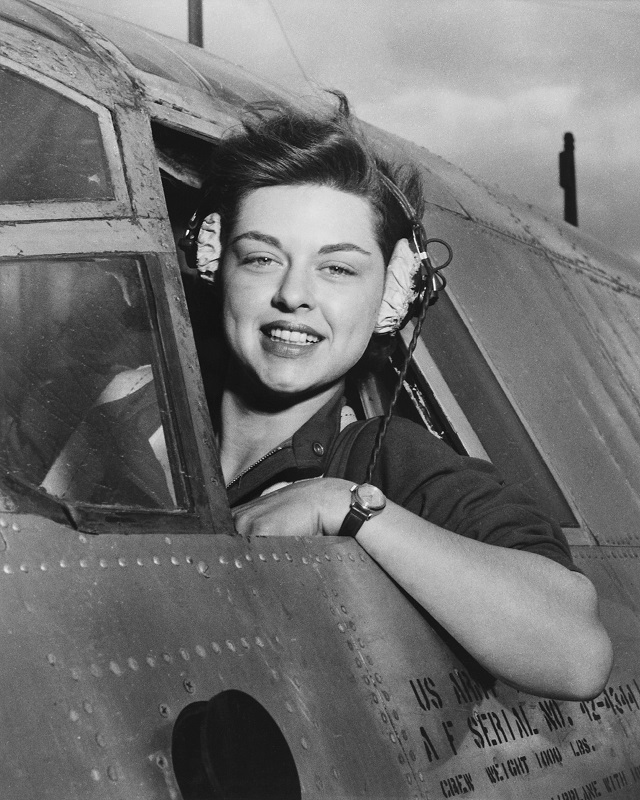 Lehi’s efforts during the War

Lehi’s National Guard Unit, the 222nd Field Artillery Service Battery, was activated on March 9th, 1941. Although all 57 men of the National Guard unit eventually returned safely home, 13 Lehi men were among the 1,450 Utahan’s who died serving their country during the war.

Lehi families, like most Americans everywhere, did their utmost to assist in the war effort. Tires, meat, butter, sugar, fats, oils, coffee, shoes, boots, gasoline, canned fruits, vegetables, and soups were rationed on a national basis. The school day was shortened and bus routes were reduced to limit the number of resources used stateside and increase what could be sent to the soldiers.