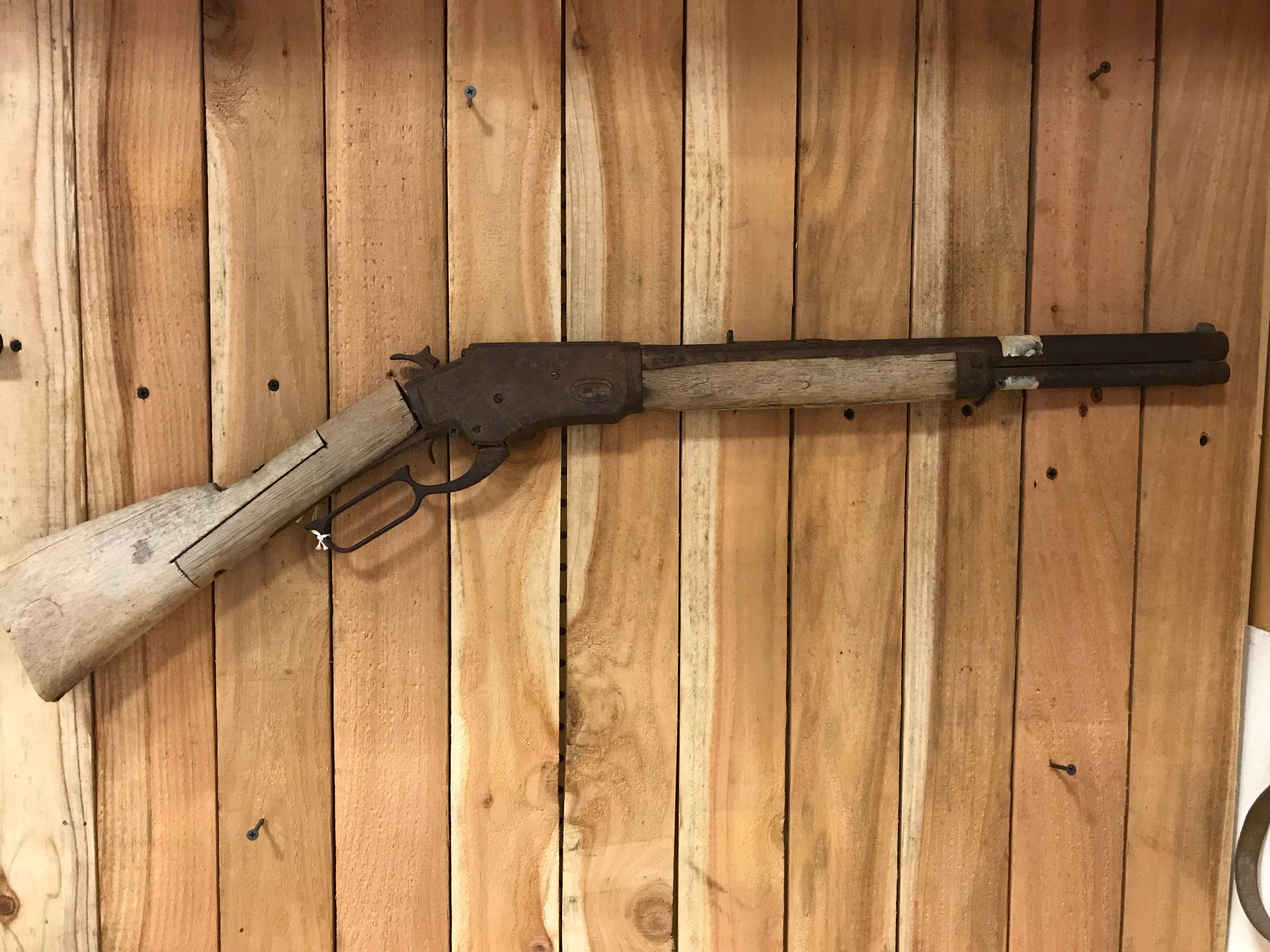 Butch Cassidy’s Rifle on display at The Hutchings Museum

Robert LeRoy Parker was born on April 13th, 1866, in Beaver, Utah to Mormon parents who had immigrated from England ten years earlier. He was the first of thirteen children.

His life of crime started as a young boy. One day he thought it would be a good idea to take a pair of jeans from a store and leave an “I.O.U.” note. The manager of the store was not amused and considered Robert’s antics theft. As he grew older, Parker met and grew to admire an unlawful rancher named Mike Cassidy. It is believed that this man is the inspiration for Robert LeRoy Parker’s alias, Butch Cassidy.

Butch Cassidy rose to fame not only as a fierce outlaw but also as the Robin Hood of the West. After many of his robberies and hold-ups, Cassidy would share his bounty with the locals. This was his way of sticking it to the cattle barons and wealthy populations who brought much hardship to smaller ranchers in the west. His gang of outlaws, called the Wild Bunch, assisted him in his efforts.

The rise of the legend of Butch Cassidy and the Wild Bunch brought an increase of law officers eager to put an end to their crimes. As the pressure mounted the Wild Bunch disbanded and Cassidy left the country. His life of crime continued in Europe and South America.

Cassidy eventually returned to the United States where the remaining years of his life are shrouded in mystery. Some say he lived out the rest of his life under the alias of William T. Phelps as a machinist in Spokane, Washington. Others say he died in Argentina while evading the law. No matter what outcome betook him, Butch Cassidy will forever be remembered as one of the most idolized outlaws of the Wild West.